Vianna began his training at the age of 8 with the legendary Rolls Gracie. Rolls was a prominent member of the Gracie Family, known for the founding of Brazilian Jui-Jitsu. Rolls is considered by many to be the best Gracie family fighter ever. Daniel was only able to study with Rolls for about a year before his untimely death in a hang gliding accident.

At the age of 12 Daniel began training Judo under Master Virgilio Castro de Moura for 2 years.At the age of 14 he tried his hand at Capoeira, another Brazilian martial art, but quickly realized that his true passion was in self defense.

Back to his roots, Daniel Continued his studies under the tutelage of Vina Lisboa, a student of the Gracie family originating from Leme, the Rio De Janerio neighborhood that Daniel and his brother Pedro grew up in. After a year of studying self defense classes Daniel was introduced to Tio Orize, a personal friend of the Carlson Gracie family. In due time Tio introduced Daniel to Carlson Gracie Jr., a.k.a “Junior”, Daniels first Sensei. Shortly after meeting Carlson and his Mother Dona Marli, Daniel was introduced to Junior’s teaching partner, Sensei Marcelo Alonso, who then became his second Sensei. In 1994, after six years of intense training under Junior and Marcelo, Daniel came to Chicago as a purple belt to learn English and live with his Mother who was working here at the time.

In 1995 Daniel received a call from his Sensei Junior. Junior was on his way to Chicago to visit another of his students, Paulo Bezerra, and to teach a seminar at the school that Paulo was training at. Around the same time frame, Daniel received a call from Rei “King” Diogo who also had decided to come to Chicago to stay with Daniel and train. Once Junior arrived in Chicago and realized the potential and open market for his Jiu-Jitsu teaching, he decided to open his first Academy in the US and the very first BJJ academy in Chicago. Daniel, along with Paulo and Rei, was invited to become an instructor and partner of the Carlson Gracie Jr. School of Brazilian Jiu-Jitsu where he had the honor of helping to teach and had a hand in forming many of Chicagoland’s existing black belts.

After years of training and teaching, Daniel began fighting MMA with organizations such as Chicago Challenge, Iron Heart Crown, and Extreme Challenge. Daniel contended against the likes of MMA Legend Matt Hughes and other UFC fighters including Shonie Carter and Dave Strasser. Daniel was successful in his MMA Career with a record of 6-1-2.

With years of fighting and being an instructor for Junior Gracie’s School of Brazilian Jiu-Jitsu, Daniel graduated in 2000 alongside his brother as a black belt. The same year Junior invited his father, Carlson Gracie Sr., to come and teach in Chicago. Daniel stepped down as an instructor to graciously and respectfully give his position to Grand Master Carlson Gracie who was starting his new life in Chicago. September of 2004, Daniel and his brother opened their first BJJ Academy in Chicago, Vianna Brothers BJJ and MMA Academy which has been Daniel’s home for his practice and teachings to date. Daniel serves as Head Instructor at Vianna Brothers and will also serve in the same capacity at his new home, Mettle Brazilian Jiu Jitsu Academy. 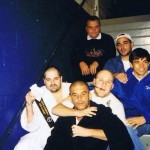 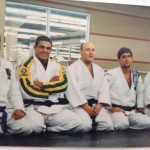