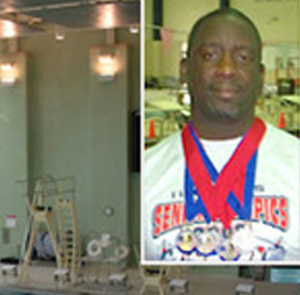 Faith and fear both operate on the same principle. They both believe what you can’t see is going to happen. So, with that being said, why not believe you can?

Rudolph Henry has made it his mission to teach children and adults swimming and fitness for over 40 years. Throughout his career he has trained thousands of youth and adult swimmers including time as an Adjunct Professor at Kennedy King College and Chicago State University, as well as many competitive swimmers in the area. He started swimming competitively at the age of six and continued swimming through grade school, high school and college. He is still swimming competitively as a senior and also, presently, is the coach of the primary youth age group for Midway Aquatics Club (University of Chicago). Working to convey an understanding of proper techniques and a knowledge of fundamentals, Mr. Henry has often been referred to as a “life coach” and his motto is “Can’t is not an option”.

Rudolph Henry — Everybody in the Pool